The New York City Commission on Human Rights has fined Fox News $1m – the highest penalty ever issued by the city’s agency – for breaches of laws protecting workers from sexual harassment and job retaliation.

The first-of-its-kind settlement against a major news network by a civil rights enforcement agency follows the Commission’s investigation into high-profile reports alleging a culture of pervasive sexual harassment and retaliation at Fox News.

Claims of inappropriate behaviour at the network surfaced in 2016 when former Fox anchor Gretchen Carlson accused now-deceased network chief Roger Ailes of sexual harassment and of derailing her career after she rejected his advances.

Several other women charged Ailes with harassment, including fellow anchor Megyn Kelly who alleged the top network executive promised to advance her career in “exchange for sexual favours”.

Ailes resigned his position and Fox later settled with Carlson for a reported $20m. Former Fox personality Bill O’Reilly also lost his job at the conservative network after accusations of sexual harassment and workplace misconduct surfaced against him.

The Commission is authorised to order a maximum civil penalty of $250,000 for each violation of New York City’s human rights law. The $1m fine levied at Fox News represents four separate “willful and wanton” violations of the law. The agency would not confirm who violations relate to.

As part of the settlement, the Commission requires the network to waive mandatory arbitration in agreements executed with its employees, talent, and contributors for any claims brought under the city’s human rights law for a four-year period.

The network is also required to hold regular, Commission-approved sexual harassment prevention and bystander training for all its New York City employees and implement a procedure allowing multiples levels of reporting discrimination and harassment complaints for at least two years.

“With this settlement, the Commission not only ordered the largest civil penalty in the Commission’s history, but has mandated dramatic and critical policy changes at Fox News Network,” said Commission chair Carmelyn P Malalis.

“Among these policy changes is a remarkable shift in how Fox News Network uses mandatory arbitration,” she said. “Employers seeking to improve transparency and accountability on discrimination and harassment should look to this change in mandatory arbitration as a model for future policy.”

Malalis said the Commission takes all allegations of sexual harassment, gender-based discrimination, and retaliation seriously and that the settlement demonstrates “no one is above the law”. “Every New Yorker, whether in a newsroom or lunchroom, deserves to be treated with dignity and respect in their workplace,” she added.

Sapna V Raj, deputy commissioner of the agency’s Law Enforcement Bureau, said the settlement will make it easier for Fox News employees to report harassment without fear of retaliation or reprisal.

“The modification of the mandatory arbitration clause to exclude claims brought under the New York City human rights law will allow for employees, talent, and contributors to bring claims of gender-based harassment to an outside venue, which in turn removes the aspect of secrecy from such claims.”

Arbitration provisions are often seen as a significant barrier to victims seeking relief in civil or district court. In New York City, the statute of limitations for reporting sexual harassment in employment is three years from the date of the last discriminatory act.

To ensure compliance with the training provisions of this agreement, Fox News will be required to provide proof of sexual harassment prevention training completions and confirmation of the distribution of anti-sexual harassment materials to the Commission.

Additionally, the network will distribute a clear, Commission-approved definition of retaliation to all employees, and facilitate bystander intervention training, which teaches how to interrupt, defuse, and report harassment as it happens.

The Commission retains the right to add additional penalties to those outlined in the settlement should additional claims be brought against the network.

“We are pleased to reach an amicable resolution of this legacy matter,” Fox said in a statement. “Fox News Media has already been in full compliance across the board, but cooperated with the New York City Commission on Human Rights to continue enacting extensive preventive measures against all forms of discrimination and harassment.” 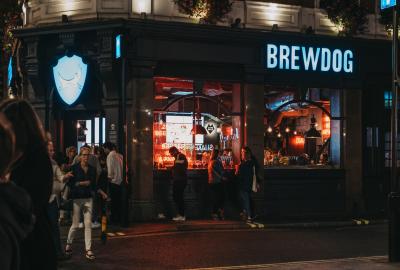